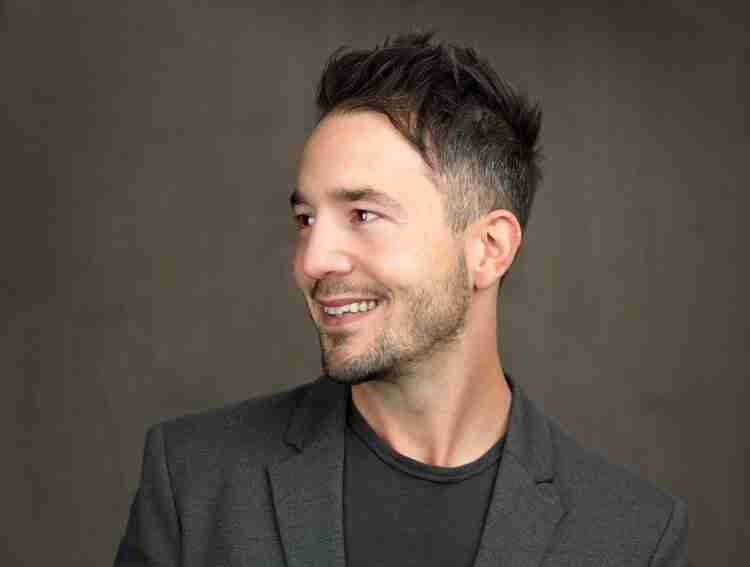 “I was up for the challenge because I had this idea, and I didn’t want to be one of those people that had an idea and never went with it or took a chance.”
– CJ Koch, founder of DirectSubs

CJ Koch is the founder of DirectSubs, an app that connects builders, developers, and house flippers with contractors based on their trade, location, and availability. Here he talks about stepping outside his comfort zone to do everything from network to build a tech-based product, and the satisfaction that comes with each successful connection on the app.

What was your initial vision for DirectSubs?
Initially, it was to create a space where builders, developers, and house flipping pros could connect easily and quickly with the contractors they use on a regular basis. It would also be a place where contractors could connect with builders, developers, et cetera, for new job opportunities and to establish new working relationships that they would not have otherwise had the chance to make. That was important to me because a majority of contractors are typically busy working on site most days as opposed to being focused on advertising or out networking somewhere.

I refer to builders, developers and people that flip houses as project owners. I wanted to come up with a universal term that encompasses all of those people. So when a project owner logs on, they can post any task for their flip or new construction project. Maybe they need a tile guy or a painter or a roofer or electrician or whatever it may be in order to totally renovate or totally build a house from the ground up. They would post a task and then every contractor who’s registered—and, once again, that would be the electricians, roofers, whatever—that service the particular area where the project is being posted, they’ll receive an immediate notification. They can receive that notification over email or text message, and that will allow the contractor to connect directly with the person posting the projects in real time. And the beauty is that if the contractor is busy or disinterested, they don’t need to respond. But if they are interested and available, they can respond directly to the person—the builder or the flipper—who is posting that project and possibly connect, earn that work, and possibly establish that relationship that they wouldn’t have the chance to make otherwise.

What drew you to that vision personally?
My whole life I’ve been in this space. I got into buying my first investment property when I was in my early 20s, so it’s been over 15 years. Doing that, I know firsthand how challenging it can be to find contractors when you need them. I got so tired of calling around, and asking friends and colleagues about who they used for certain trades because I didn’t have anyone, or my go-to person was a no-show, or they got too busy, or too expensive. Not to mention that time is money in this business, especially with the cyclical nature of the real estate market.

Conversely, I noticed some of the contractors who I used regularly were, in fact, dependable, really good at what they did, and reasonably priced, but unable to find work on a consistent basis. Recognizing that disconnect led to me launching DirectSubs, which I felt would solve that problem and maybe inject some equilibrium into the industry. I felt launching it here in Philly was a no-brainer, too, with all the development going on throughout the city. It just made sense.

Did you have any fears about becoming an entrepreneur?
Yes and no. My biggest concern about getting into this was that it was a space that I knew virtually nothing about. I was used to real estate, real estate investing, construction—tangible stuff, I guess. Not really technology stuff. With that said, I’m not the kind of person that’s risk-averse. I was up for the challenge because I had this idea, and I didn’t want to be one of those people that had an idea and never went with it or took a chance. So I decided to take a chance after weighing the risk and everything. There were definitely some fears or uncertainties, but I’m glad I did it.

I should also say too that it hasn’t been easy and it can definitely get discouraging at times where I’m asking myself, why the hell did I do it? It’s worth noting that. It can weigh on you mentally, just thinking about stuff, overthinking things, and just getting very discouraged. It’s like, maybe I should have just stuck with real estate fulltime and not have to worry about this crap. But it is what it is. I guess I’m a glutton for punishment. [Laughs]

What has been your greatest struggle in founding DirectSubs?
I think my biggest struggle is maintaining a positive attitude throughout the process. I tend to get hyper-focused on where I think I ought to be instead of trying to appreciate the process of getting there. And that’s with all walks of life with me—with real estate or investing or especially DirectSubs. So just trying to work a little harder with appreciating the process, the moment. I’m just going to have to continue to work on that. Personal struggles beyond that, I’d also say having to account for everything since it’s just me. In doing that, it can allow overwhelm to creep in at times, which sucks. 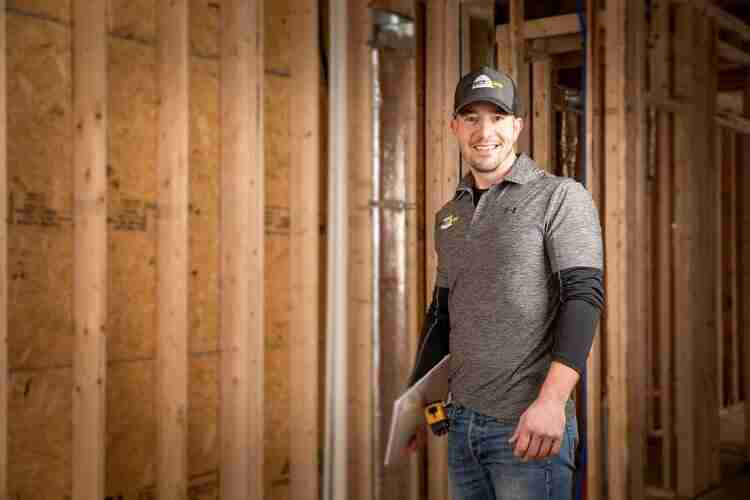 “I find it so easy to get caught up in the unrealistic expectations that we, as a society, set for ourselves.”
– CJ Koch, founder of DirectSubs

What has been the greatest triumph in your founder’s journey so far?
I don’t really know about a triumph just yet, but some things that come to mind: When I see people like myself posting projects on DirectSubs here in Philly, and then receiving inquiries—and sometimes several or a half a dozen or more inquiries from motivated contractors—that’s awesome to me. It shows me that the app is actually working and doing what I thought it would do. That’s really gratifying.

I should also mention that rolling DirectSubs out to the Baltimore marketplace has been pretty great. It’s been exciting. Maybe not a triumph just yet, but it’s been awesome. It’s definitely taking a little longer than anticipated because I’m not from there. But it’s worth it because I think there are a lot of exciting things happening in Baltimore right now, especially in real estate, and I’m looking forward to being a part of it.

What has been your biggest sacrifice?
I definitely would say time. First and foremost, time. And stress, unnecessary stress that I normally wouldn’t have. I’d have a lot less stress if I decided not to do it.

Did anyone in your life try to dissuade you from becoming an entrepreneur?
Not really. There wasn’t anybody that was strongly against it. Most people actually agreed that something like DirectSubs would provide a tremendous amount of value to everyone within the industry, especially newer investors that may not have as many contacts as investors who are more seasoned. Everyone understood it for the most part. People in the space understood it, which had me a little nervous at first because I was almost hoping for more pushback from people. There was nobody that felt strongly against it. Some people didn’t see it as much as I did, but nobody really was against it.

Has anyone in your personal life been a constant source of support?
So many people. I think I’m blessed when it comes to that. I leaned on so many friends and family, and friends and family have been very supportive from day one on a multitude of levels. I’m fortunate in that regard.

Tell me about your work-life balance.
I’d like to think it’s pretty well balanced. There’s always room for improvement. At this age, I really try to make a conscious effort to make time for things that matter, like spending time with friends and family. Exercising is an outlet for me. Just going out and getting away when I can—stuff like that. It’s important to do that kind of stuff because I find it so easy to get caught up in the unrealistic expectations that we have, that we as a society set for ourselves. So I try to veer away from that as much as possible. You’ve got to have an outlet, whatever it may be.

With that said, I’d be lying if I wasn’t telling you that I’m typically thinking and plotting and planning in some fashion or another while not working. That’s just who I am, just “on” a lot. But I still try to make time to do other stuff while thinking about whatever it may be that I’m trying to do that’s work related.

Did you ever come close to giving up?
Giving up would probably be a little bit of a strong description. I don’t think I’ve ever come close to giving up at this point. But there were and are a ton of times where I’m just like, WTF? What am I doing? Why am I doing this to myself? That happens often. I think for me, a lot of that is because of what it’s taken me to get DirectSubs up off the ground, like asking people for things and getting in front of new people and trying to put myself out there more—it’s really taking me out of my comfort zone. Sometimes that can be very draining on me. So I don’t think I’ve come close to giving up, but definitely, you know, WTF? [Laughs]

What would make you feel as though you accomplished what you set out to do with DirectSubs?
When it becomes a nationwide brand. When people think to themselves: “Why didn’t someone develop this sooner?” Especially people in the real estate investment industry. Hopefully it gets to that point.

What’s the most important lesson you’ve learned as an entrepreneur?
You’ve got to have resources. More importantly, you need to be resourceful. Looking at things like that has helped me tremendously with trying to be as resourceful as possible with getting DirectSubs up off the ground without some six-figure VC behind me at this point. That’s one big thing, and another thing is taking feedback into consideration and having a willingness to pivot when necessary. A lot of times you start this thing and you see it unrolling and coming to life a certain way, but you’ve got to make adjustments once people start providing feedback and constructive criticism. You’ve got to have that willingness not to be so rigid. That willingness to pivot is important.

This interview has been lightly edited from a phone conversation for clarity. Capturing Lightning is a project from Woden, a strategic storytelling agency in Philadelphia that helps organizations articulate who they are and why people should care. To learn more about how to tell your story, visit us at wodenworks.com.